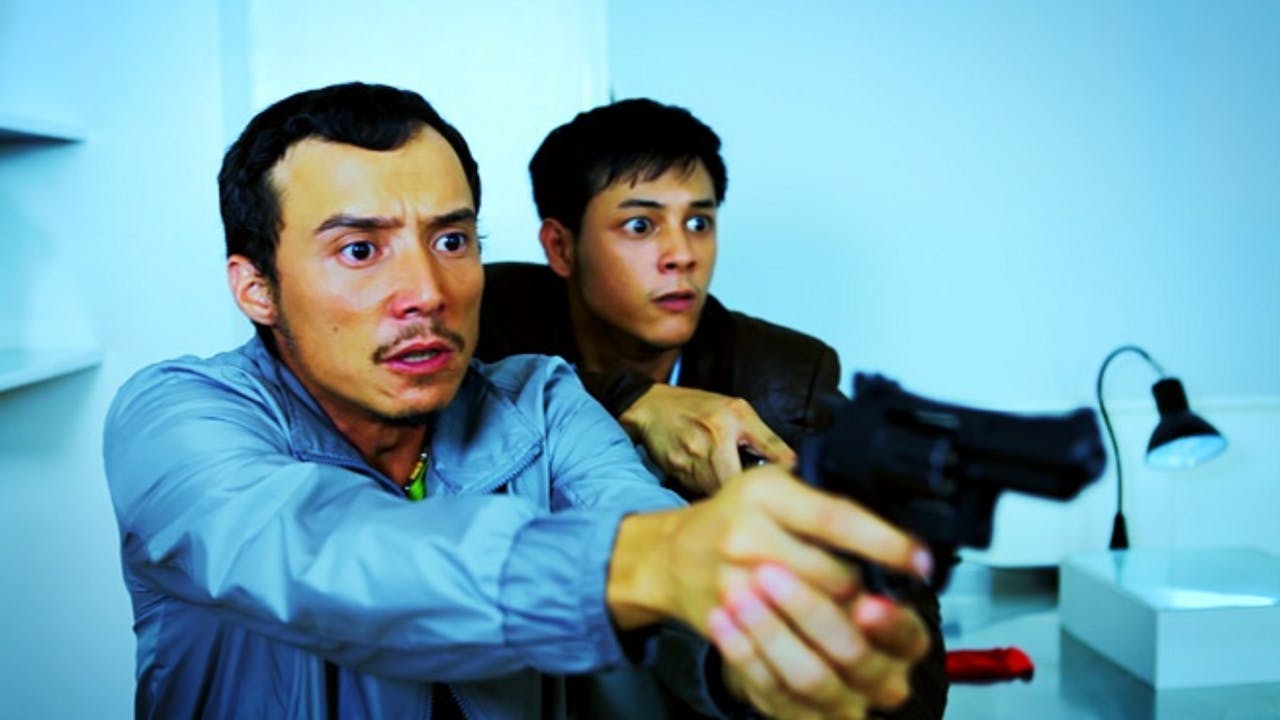 Comedy: A Thief, A Kid and a Killer

An unlikely bond develops between a ten year old boy and his captor in this bitter-sweet comedy.

Little Maximo Rooney (Arvy Viduya), bullied and ridiculed at school, arrives home one day to find two strangers hiding in his apartment. Small-time thief Nico (Roco) and his cousin Lloyd are on the run after a bungled jewellery heist, with two corrupt detectives in hot pursuit.
Although separated by age and background, Nico and Maximo become firm friends. But with a handful of black market diamonds at stake and cousin Lloyd becoming increasingly twitchy, all bets are off.