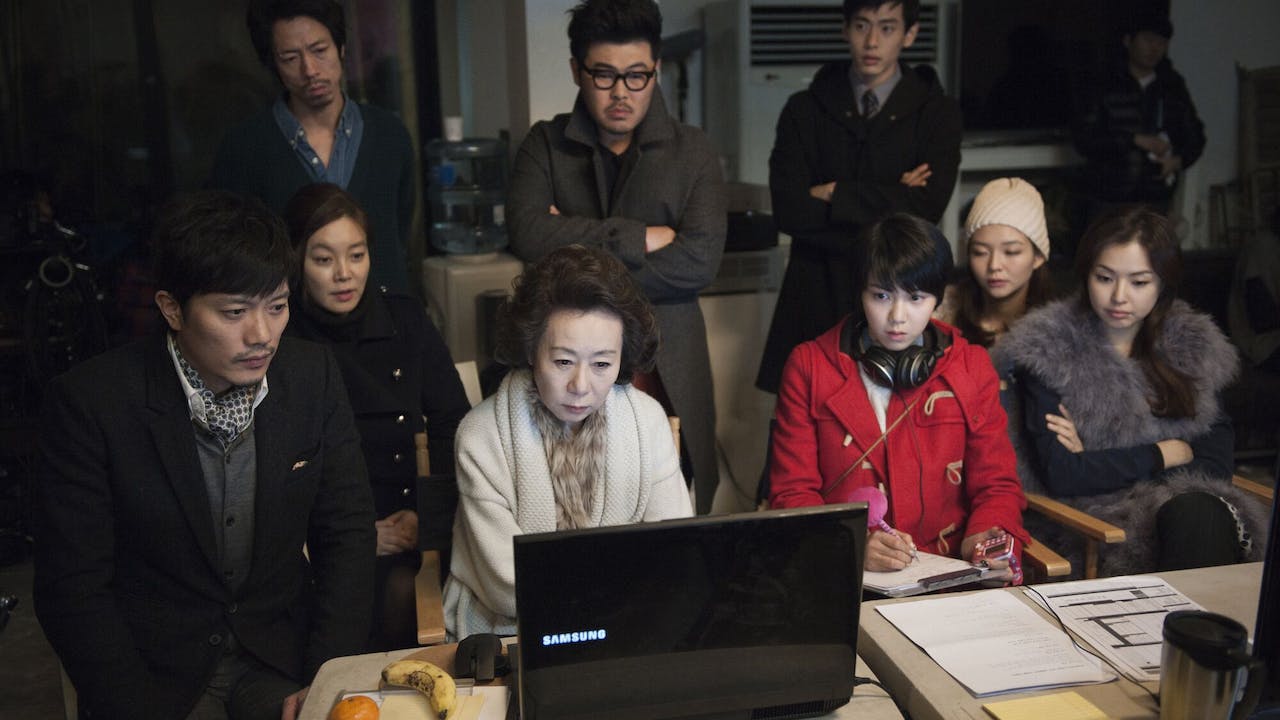 Comedy: Behind the Camera

A poignant film in the age of Zoom/ Houseparty/ Google Meet and the age of the celebrity, with "who's who" of the Korean film industry featured in one of the most meta films you will ever see.

Seoul, the present day. Director E J-yong, commissioned to make a promo for a new smartphone, has the idea of making it the world’s first film directed remotely via internet link-ups rather than in person on set.

While she is still shooting Im Sang-soo’s The Taste of Money, he invites veteran actress Youn Yuh-Jung (Minari) to take the lead role alongside a cast of other well-known actors. As the cast assembles in the studio, E addresses them on an internet link from Los Angeles, saying he needs the help of all his friends for him to break into Hollywood.

The film, How To Fall In Love In Ten Minutes, is to be shot in only two days and will be only 10 minutes long. Some are excited to be part of the experiment, others are more dubious. As everyone struggles with the process and mounting technical problems, people start listening to E less and less, and an air of mutiny starts to spread through the disgruntled set.

Starring a veritable cast of Korean actors and actresses including Kim Ok-vin (Thirst, The Villainess), Youn Yuh-Jung (Minari, The Housemaid), Oh Jung-se (The Call), Kim Min-hee (The Handmaiden) and Park Hee-soon (The Missing), Ha Jung-woo and many more.