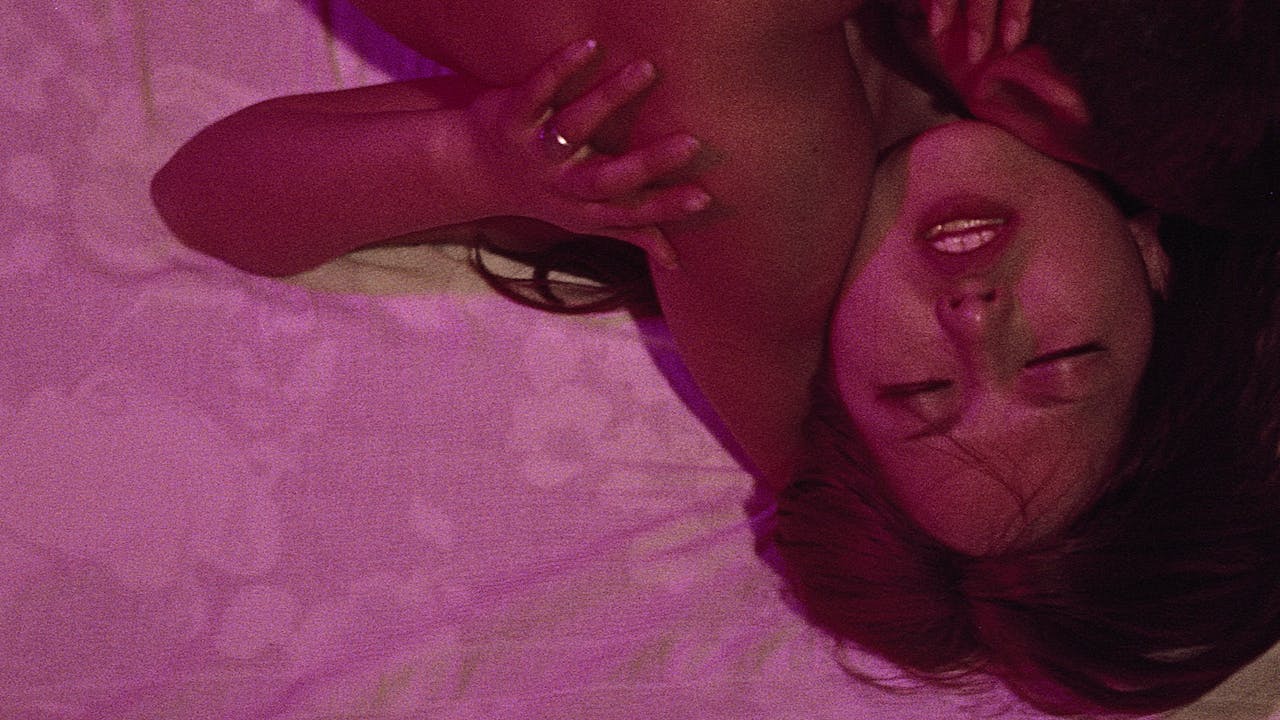 (Press the CC button to turn on English subtitles)

Blue Film Woman is a feverish mishmash of horror, blackmail sexploitation and trippy nightclub sequences revolving around the daughter of a stockbroker who is brought to his knees by an unexpected financial crash. In order to stave off bankruptcy, he offers up his wife to his sleazy, reptilian creditor Uchiyama who, after prodding and pawing over her, locks her up in the shed at the bottom of the garden where his mentally challenged son Hiroshi lurks in the attic.