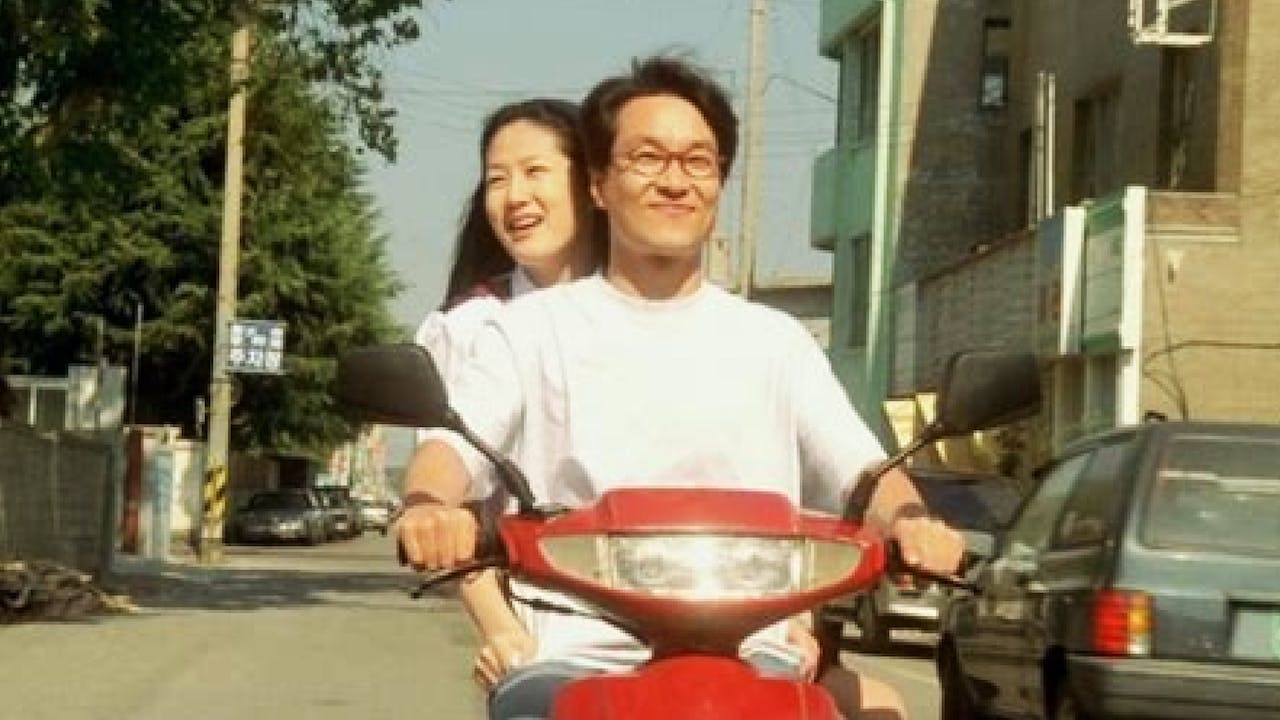 A touching, tragic, romantic film, with the sensibilities of Francois Truffaut films, this enduring story launched Han Suk-kyu to prominence and set him on the path to Korean actor stardom.

Jung-Won (Han Suk-Kyu, Shiri) is a photographer, who runs a small studio in a rural suburb of Seoul. As he passes his days with the daily studio routines, enlarging class photos and taking family portraits, his life changes as when a young traffic meter maid Da-Rim (Shim Eun-Ha) enters his studio with a request for photos of parking violations.

The two make an unlikely pair and are not immediately attracted to each other. Even so, they go on dates and over time, their friendship strengthens, but Jung-Won has a terminal illness, a fact which is known only to his immediate family.