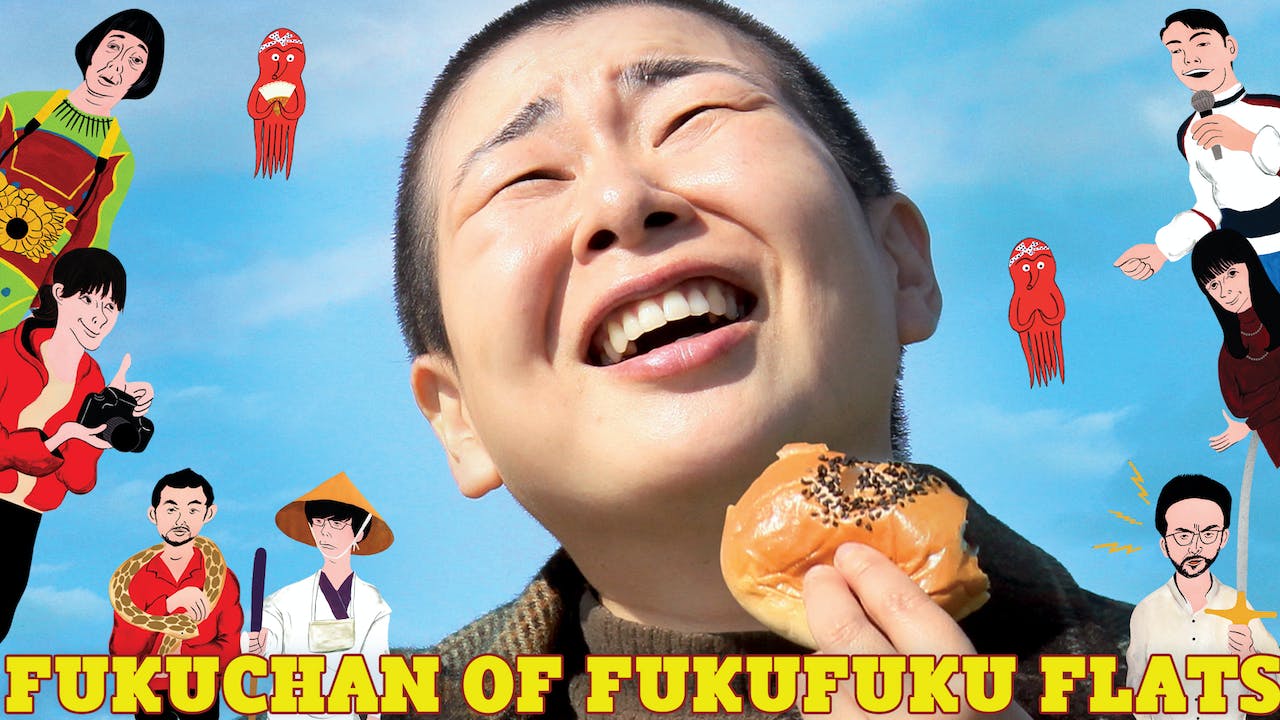 32-year-old Tatsuo Fukuda, nickname Fuku-chan (Miyuki Oshima), is a painter who lives in a run-down apartment complex called Fukufuku Flats. He spends his days working up a sweat painting buildings, his nights mediating disputes between the other denizens of Fukufuku Flats, and his days off flying handmade kites down by the riverside.

One day, an unfamiliar woman turns up at Fukufuku Flats. It is Chiho, his first love from his junior high school days who he has not seen for around 20 years, and she has come to apologize for something that happened in their past. As Fuku-chan allows himself to get caught up in Chiho’s quest to become a photographer, he begins to fall in love all over again with this woman who was responsible for the traumatizing incident that led to his fear of women…