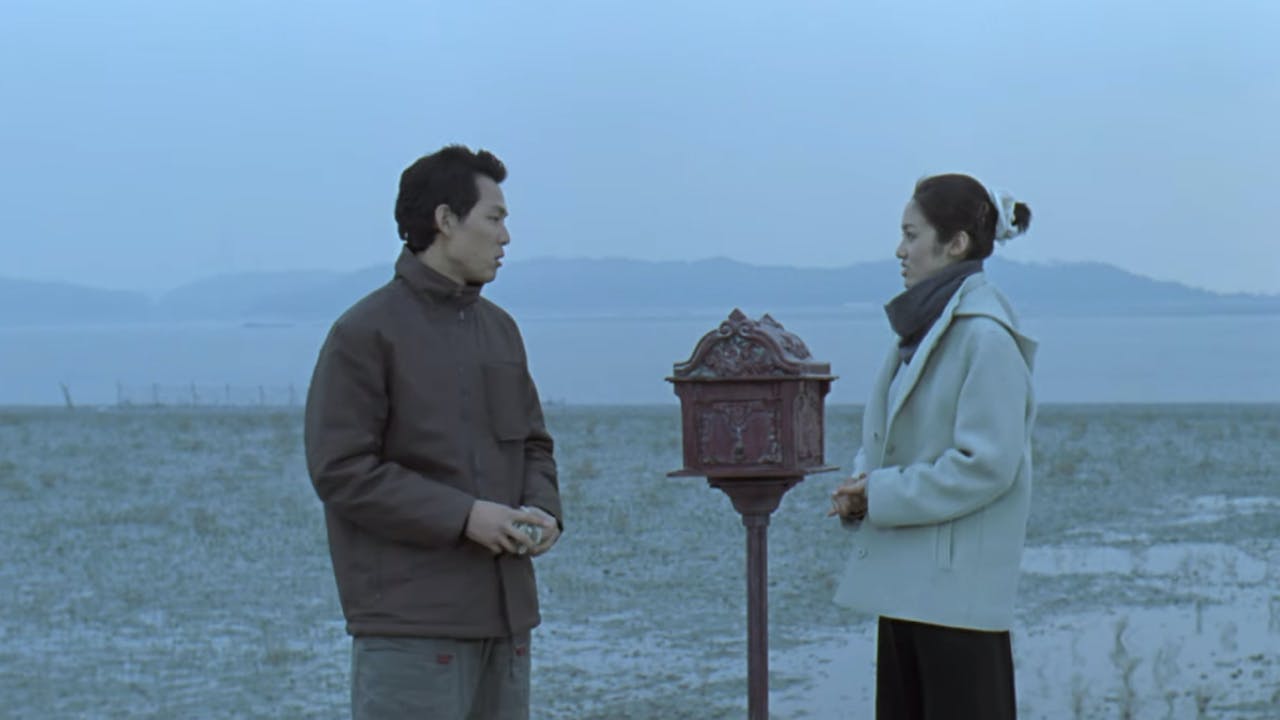 Remade as The Lake House starring Sandra Bullock and Keanu Reeves, this is the first time that the original version, starring Squid Game's Lee Jung-jae, is available to watch in the UK.

In 1999 Eun-jo (Jun Ji-hyun) a successful voice actress, ended her tenancy of Il Mare, a quaint house on a lake. She leaves a Christmas card requesting the next tenant forwards her correspondences. When the tenant, an architect student replies, Eun-jo discovers that his letter is dated 1997, two years before she contacted him, and that he is the original owner of the property. And so begins a friendship separated by 2 years.
But who is this mystery man?