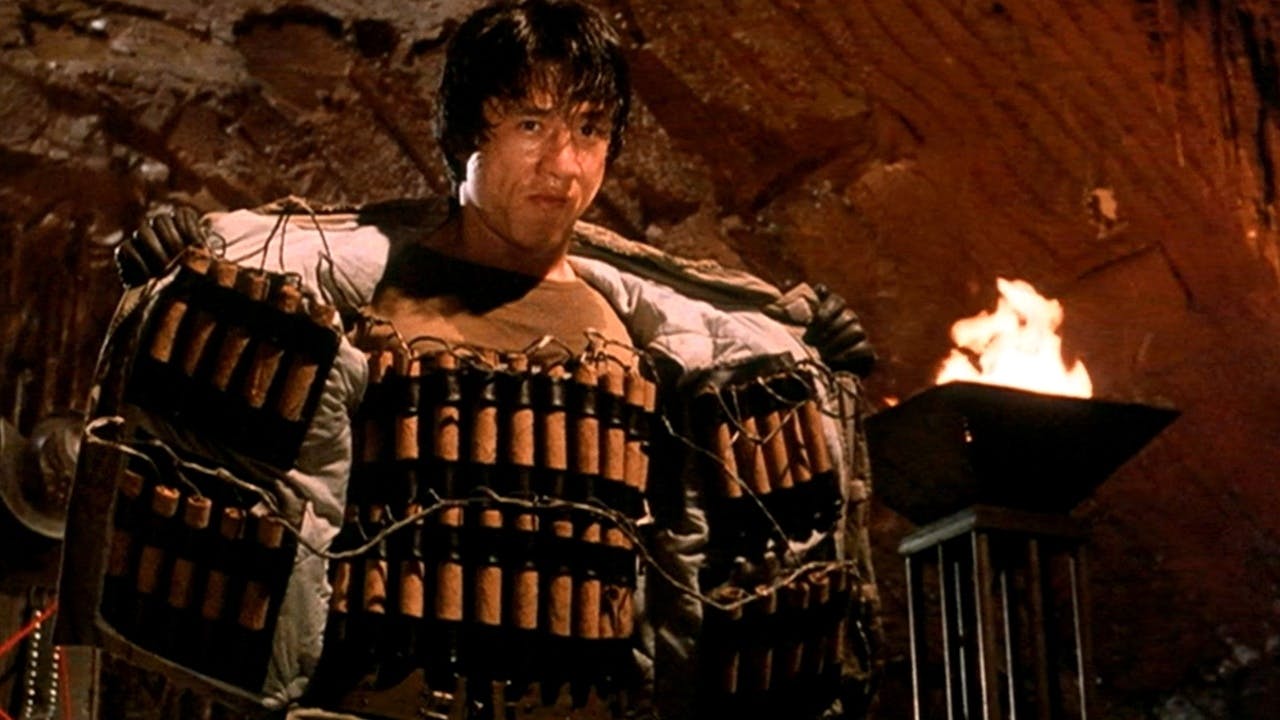 Former musician Asian Hawk (Chan) becomes embroiled in a dangerous quest to seek out the last three parts of lost treasure, the Armour of God, in order to save his ex-band mate's girlfriend from the clutches of a ruthless cult.

Though heavily inspired by Spielberg's movie, the style and stunt sequences are all delivered with the star's custom brand of slapstick and death defying physical prowess (fans may recall seeing out takes of Jackie's fall resulting in a punctured skull). All the elements come together in a pleasing assortment of comedy, misadventure and gloriously realised action set pieces.

Buy Armour of God on blu ray on the Terracotta store: https://bit.ly/3L9Cz23