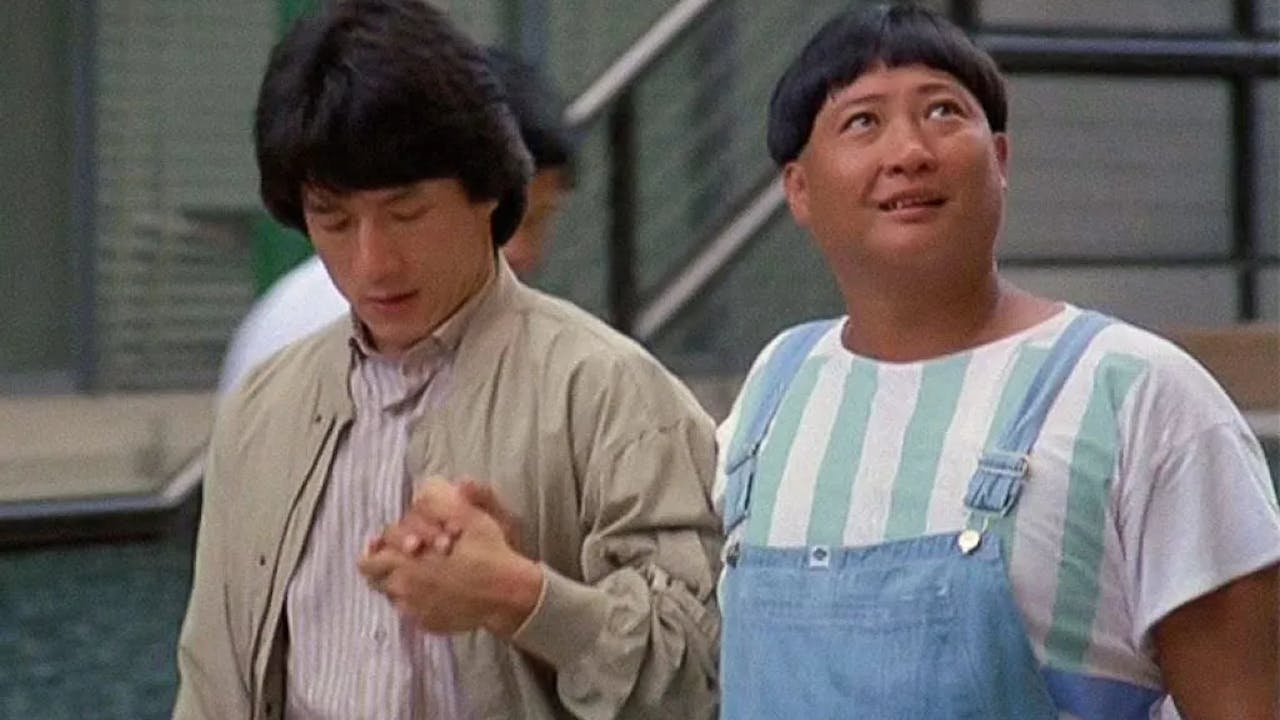 Jackie Chan and Sammo Hung teamed up for a film that shows there's much more to them than brawling.

Jackie plays a good-hearted cop looking after his mentally challenged brother Danny (Sammo) , but doesn't always succeed in keeping him out of trouble. When Danny is taken as a hostage, his brother will risk everything - his career and even his life –-to rescue him, throwing it down as only Jackie Chan can.

Also known as THE FIRST MISSION and made in the same year as POLICE STORY, HEART OF DRAGON was a change of pace for the great action artists, giving them a chance to show of their acting chops as well as their stunt skills - the film is still packed with the latter!

Buy this film on blu ray on the Terracotta store: https://bit.ly/3tMyg5M