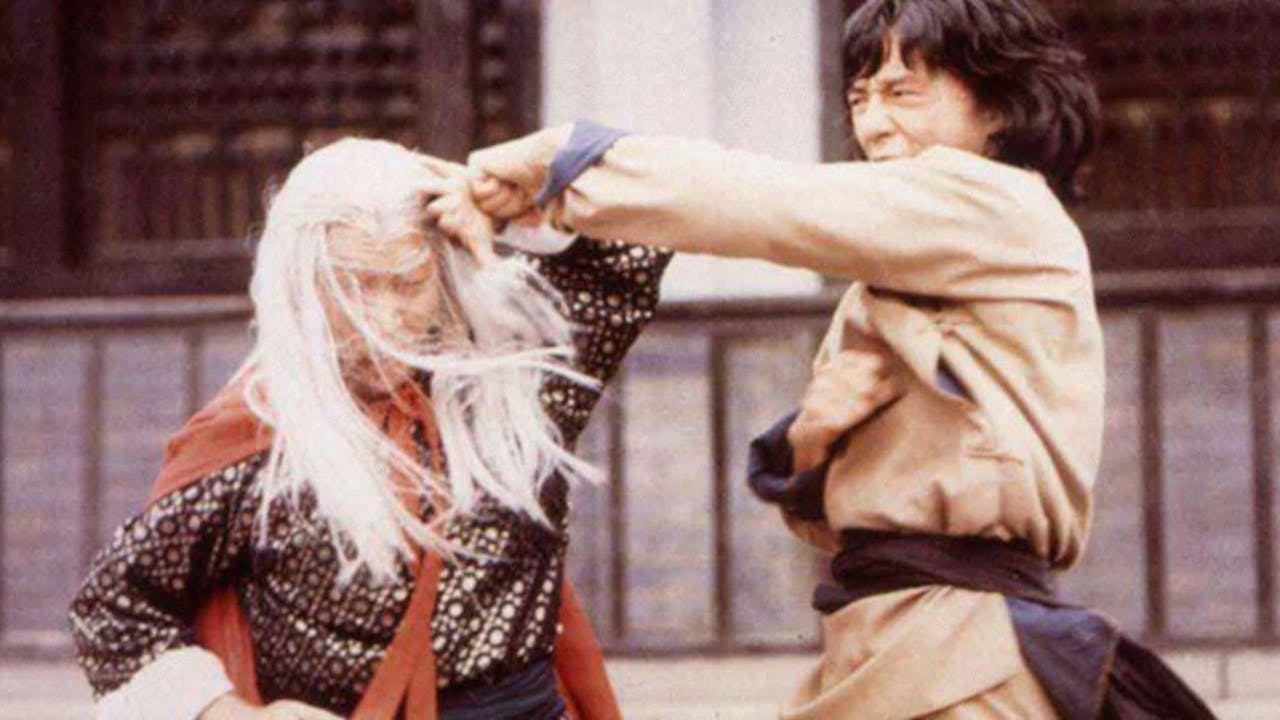 In his directorial debut, Jackie Chan plays Lung, a talented fighter who spends his time loafing about, picking fights and deliberately disobeying orders from his grandfather (James Tien) not to fight.

Unknown to him, a brutal general (Yam Sai Kun) has been slaughtering members of his grandfather’s clan. When the general recognises Lung’s style of kung fu, he hunts down Lung’s grandfather and kills him.

Filled with grief and remorse, Lung plans his vengeance and is aided by a crippled kung fu master who imparts to him a new kind of “emotional kung fu”.

You can also get the blu ray from the Terracotta store: https://bit.ly/35AMfnb