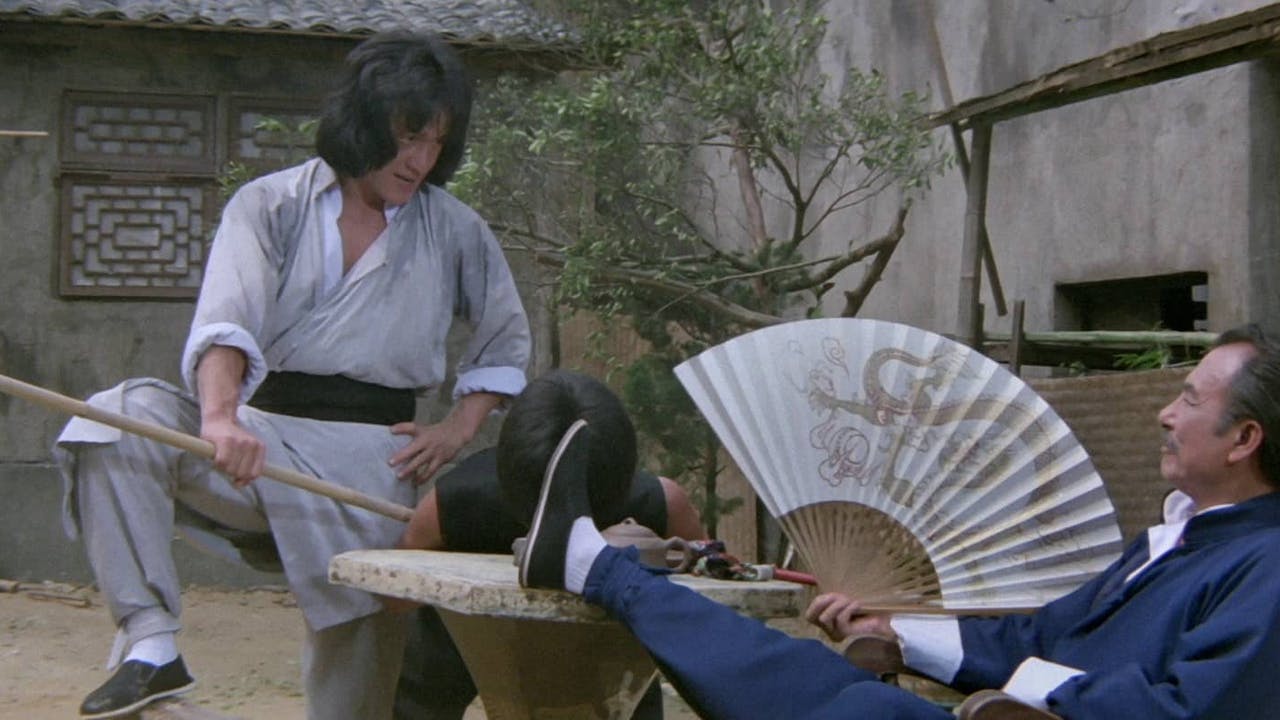 Jackie Chan was already a star when he made The Young Master but this film took him to another level. He plays 'Dragon' who undertakes a mission to find his missing brother, and gets into plenty of scrapes along the way – not least being mistaken for a criminal that the authorities are very keen to put behind bars....

The Young Master was Jackie's second film as director, and he used it as a showcase to demonstrate just what he could do. And it remains a firm favourite of the fans, featuring some of the best set-pieces he ever cooked up.