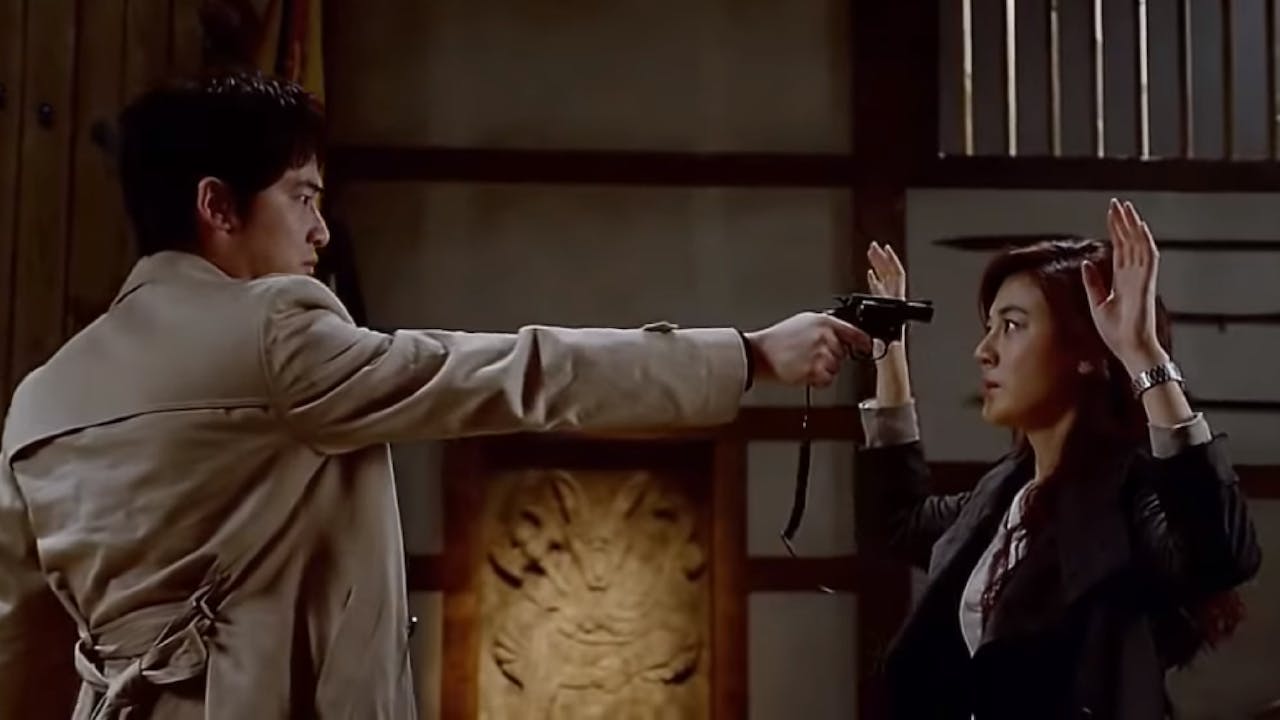 Comedy: My Girlfriend Is An Agent

Due to her continual lying, a man breaks up with his girlfriend, unaware that she is a secret agent. A few years later, they meet again without knowing that this time they both have secrets.

With more than a tinge of Mr and Mrs Smith, and with similarly action packed scenes, add in a mission to save the world from Russian arms dealers, MY GIRLFRIEND IS AN AGENT was so popular it spawned a Korean drama TV series, 7TH GRADE CIVIL SERVANT.