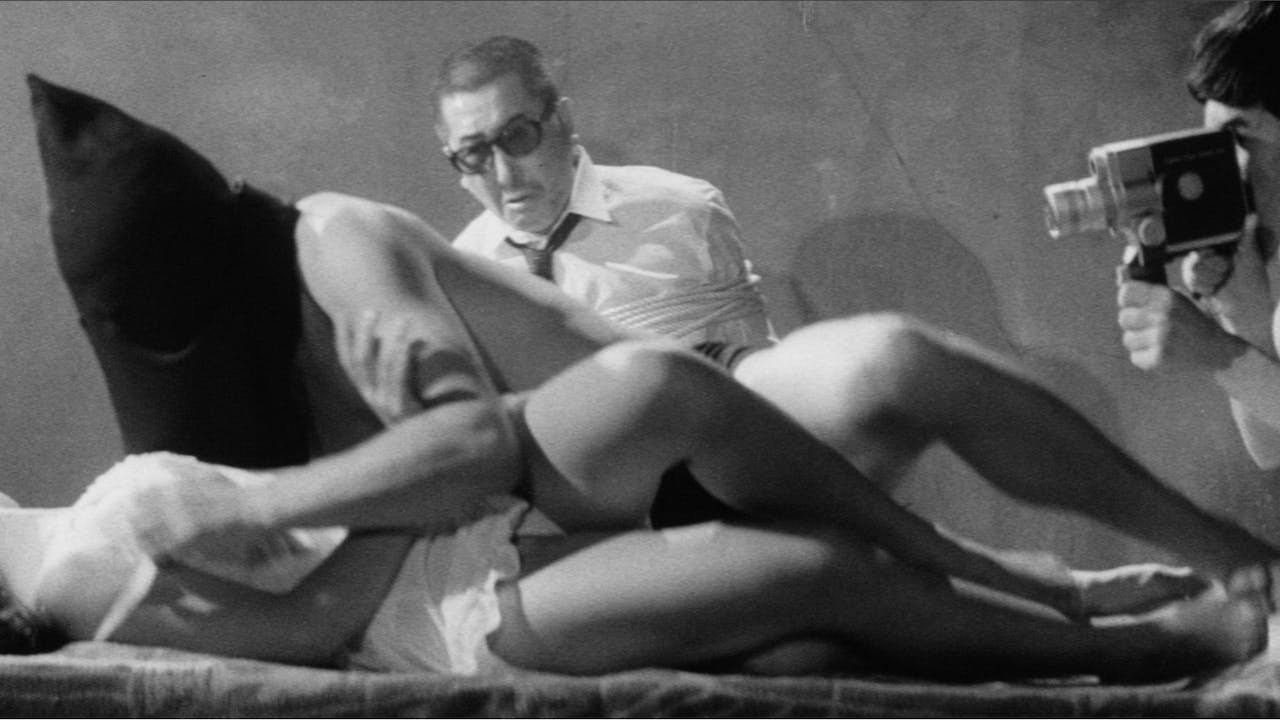 Continuing the Japanese Pink Films series.
Meeting in a blasted, barren wilderness, the hitman Shô is engaged by wealthy real estate agent Naka to track down his kidnapped lover, Sae. Naka shows him a poor quality film of the girl being beaten and assailed by a gang of four yakuza, which sets Shô out on a trail that brings him back into contact with the gang leader, Ko, who was responsible for the murder of his own girlfriend five years before.

As he embarks on his quest through the dreamlike cityscapes of the late-60s Tokyo underworld for a fateful 3pm barroom rendezvous with his nemesis, Sho becomes increasingly unsure as to whether the girl really existed in the first place.

Yamatoya’s wrote INFLATABLE SEX DOLL OF THE WASTELANDS concurrently with his anonymous contribution to the script for Suzuki Seijun’s legendary BRANDED TO KILL, released four months earlier. Similarly shot in stunning monochrome scope, it is as hallucinatory, fragmentary and surreal as its companion piece, and stands as a testament to just how flexible the pink film formula could be in its first decade.