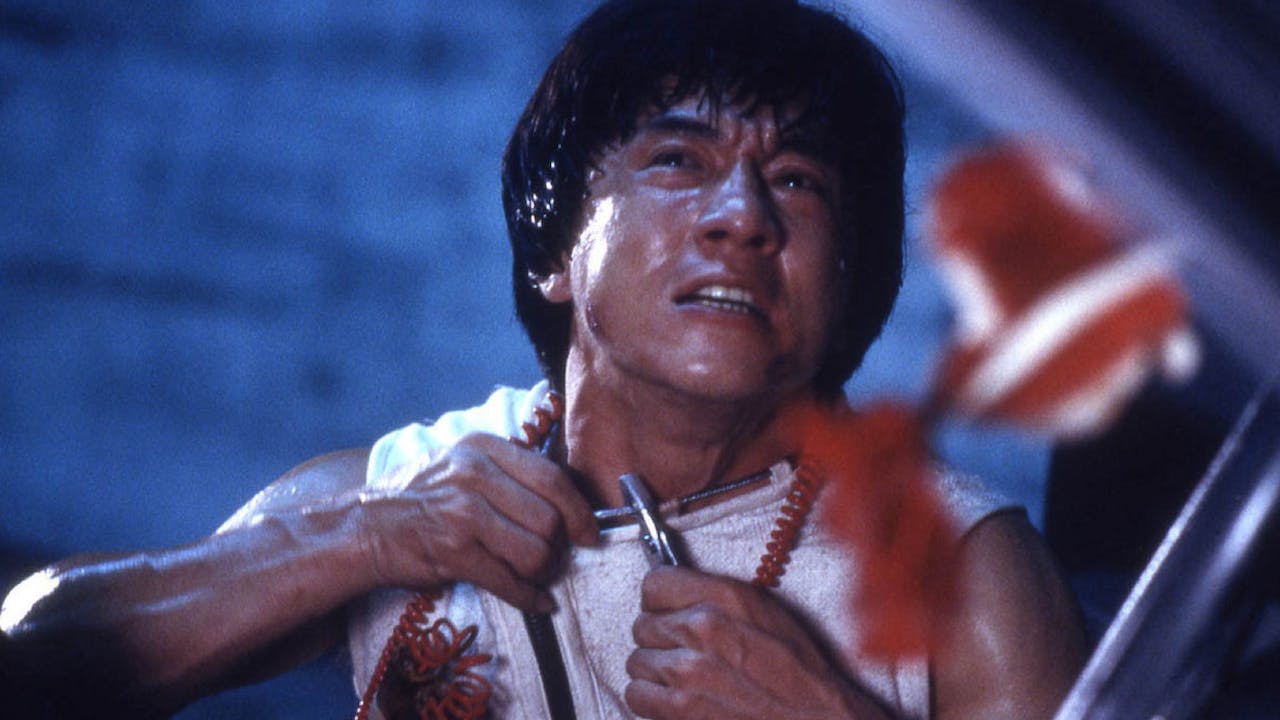 Probably the finest example of a Jackie Chan action film, taking a more serious tone than most of his other comedic action films. The action is fast-paced with high stakes stunts performed, as usual, by Jackie himself.

Maggie Cheung, in a star-making role, plays his much-put-upon girlfriend, May.

Police Story stars Chan as super cop Chan Ka-Kui, who goes up against a notorious crime lord in a series of escalating set-pieces that resulted in many of Jackie s stunt team being hospitalised.