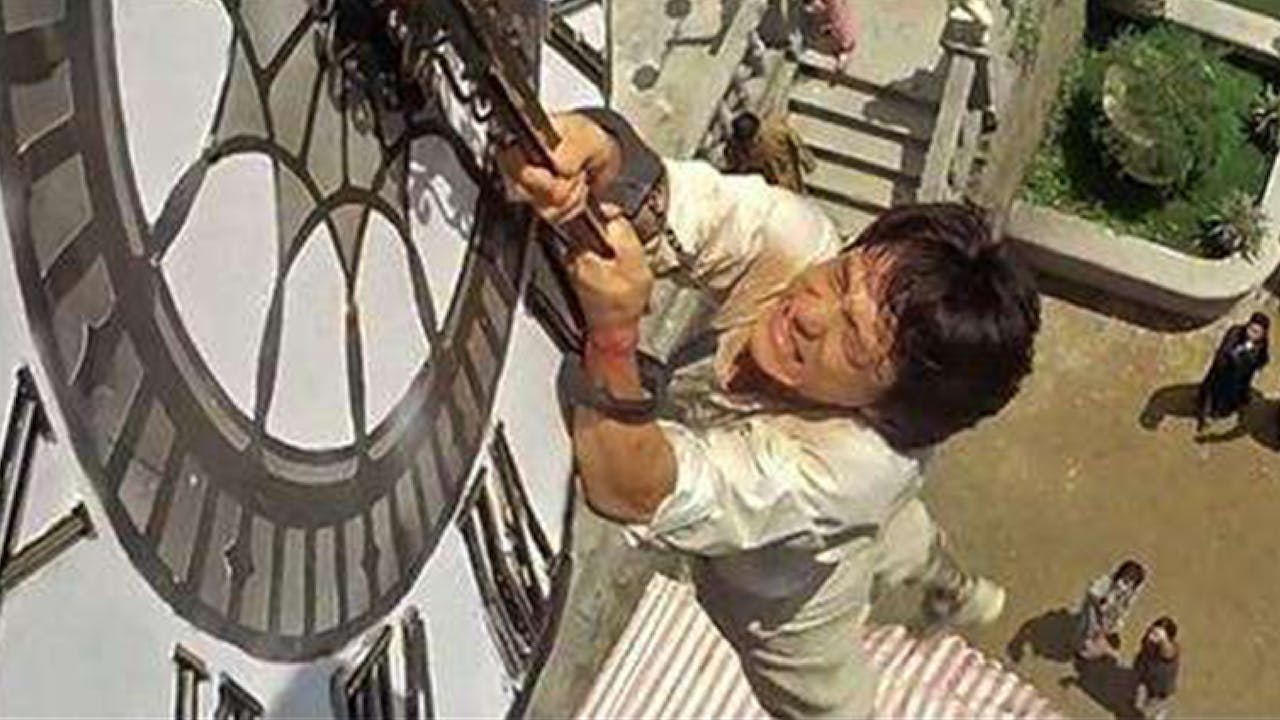 Unforgettable scenes like the bar fight with Sammo Hung, Yuen Biao and Jackie all slugging it, the bicycle alleyway chase scenes, and of course THAT clock tower stunt when Jackie landed on his neck.