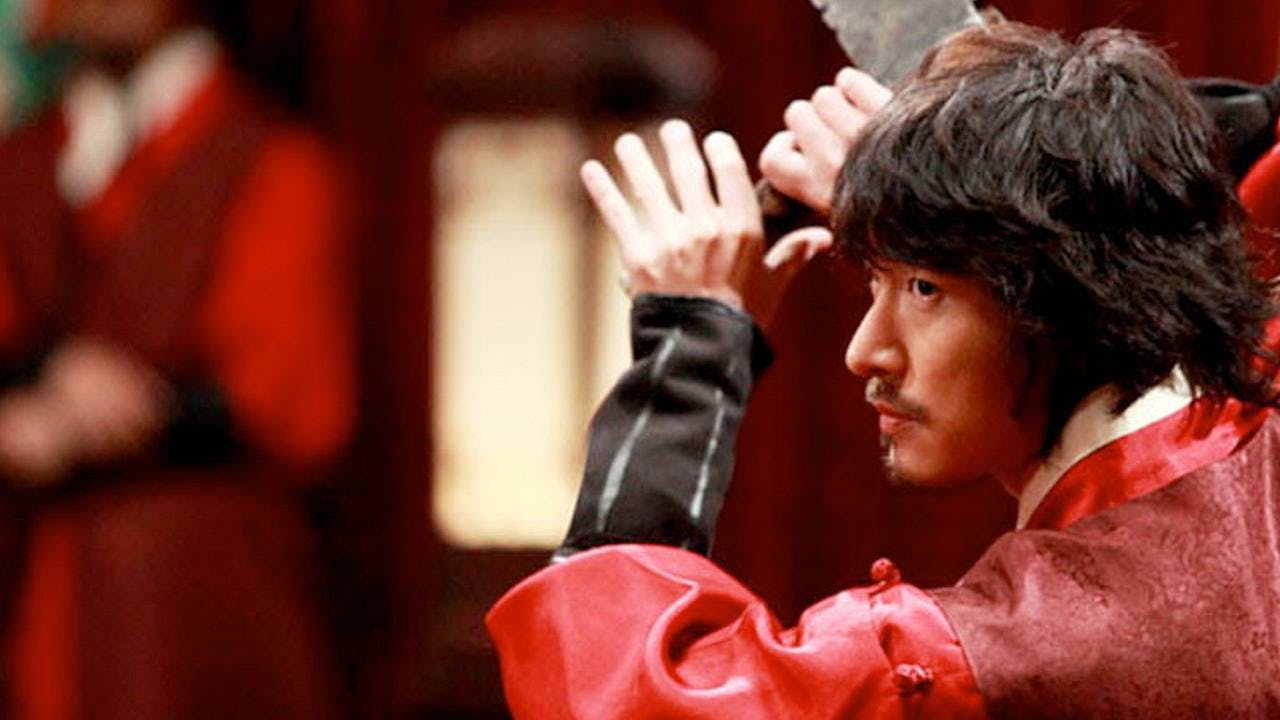 Action: Sword with No Name

Action-packed adaptation of the life of Korea’s Empress Myseongseong

A young woman of noble birth in Joseon era Korea, embarks on a dangerous cross-country journey, where she encounters an infamous bounty-hunter. Honour-bound, he becomes her protector and against all the odds they fall in love. A few years later, to fulfil a sacred promise, she must enter the royal court and ascend the throne as Empress, leaving her love behind.

However, when aggressive Japanese forces gather against her nation, the bounty hunter will once again stand by her side as a devoted bodyguard.