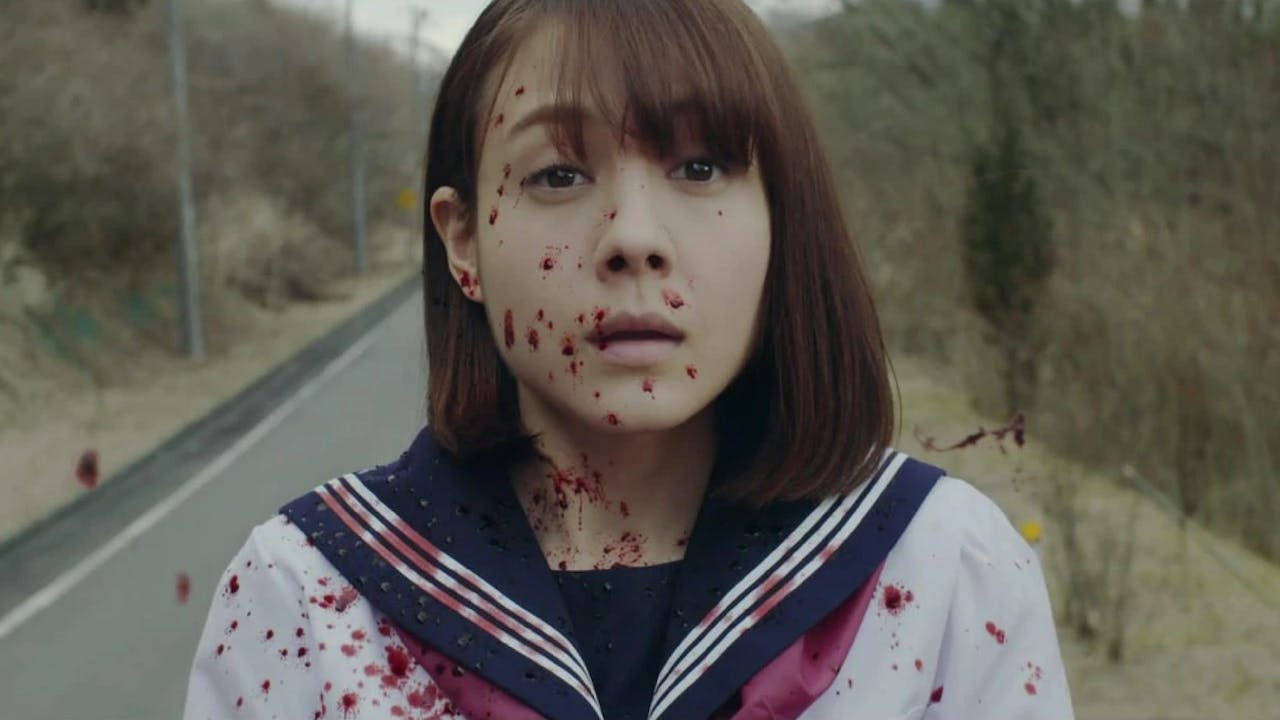 Sion Sono directs this surreal horror that combines his arthouse aesthetics with equal doses of pro-feminist action fantasy, and the kind of ultra-gory Japanese exploitation filmmaking.

Mitsuko (Reina Triendl) is the sole survivor of a bizarre paranormal incident that kills all of her classmates. Running for her life, Mitsuko seemingly slips into an alternate reality, but death and chaos seems to follow her everywhere. As Mitsuko finds herself in increasingly surreal and violent situations, the true horror behind her nightmare is revealed.