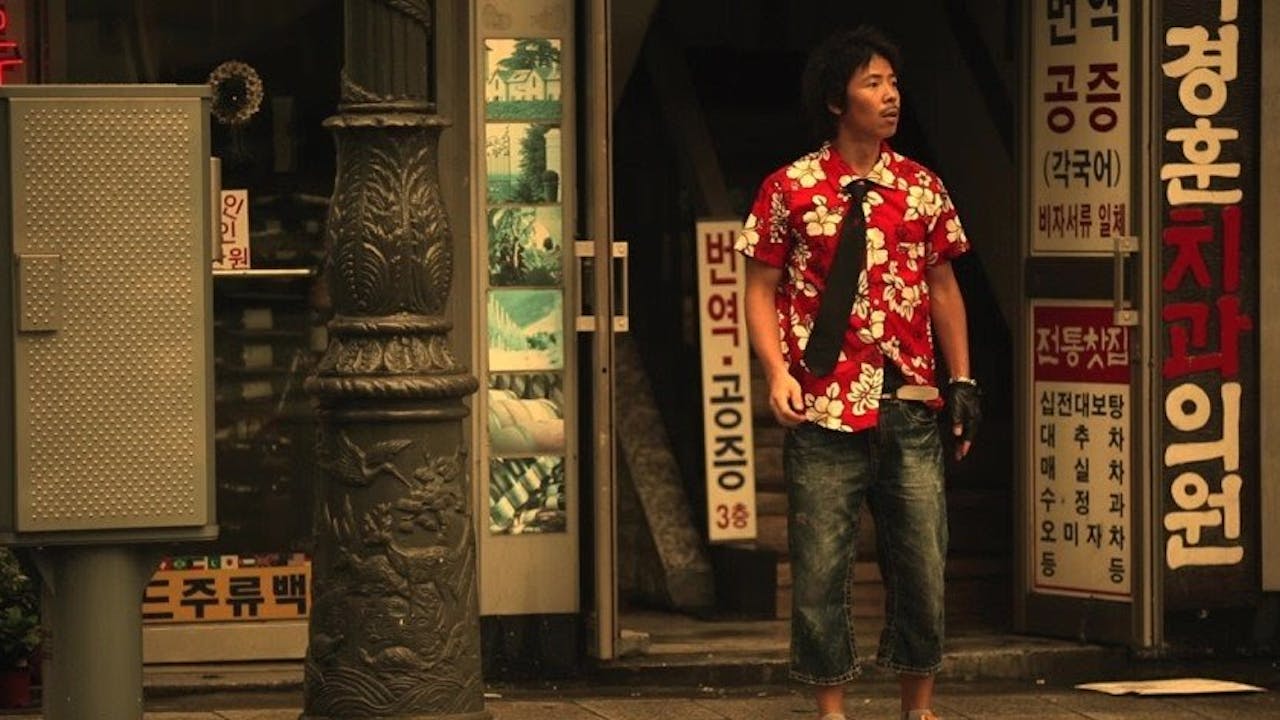 Detective Young-gun (HONG Young-geun) specialises in frivolous cases, due to his money woes. One day, a beautiful woman comes to his office and asks Young-gun to kill a man. Young-gun doesn’t want to become a hitman, although the money just might be an incentive. But before the detective has time to make up his mind, the girl dies in a car accident.

Traumatised over her death, he decides to investigate her background and gets caught up in an evil organisation’s plot to snatch a time machine.

The biggest surprises of this film are the humour and choreographed action sequences with one of the best fight sequences in a van you will ever see.

Director OH Young-doo has become an expert at defying budget limitations. A regular 0n the fantastic film festivals circuit with previous films, such as INVASION OF ALIEN BIKINI.

“Young Gun in the Time is a fun and slick neo-sci-fi noir from a filmmaker who clearly adores genre cinema.” – Pierce Conran, Modern Korean Cinema