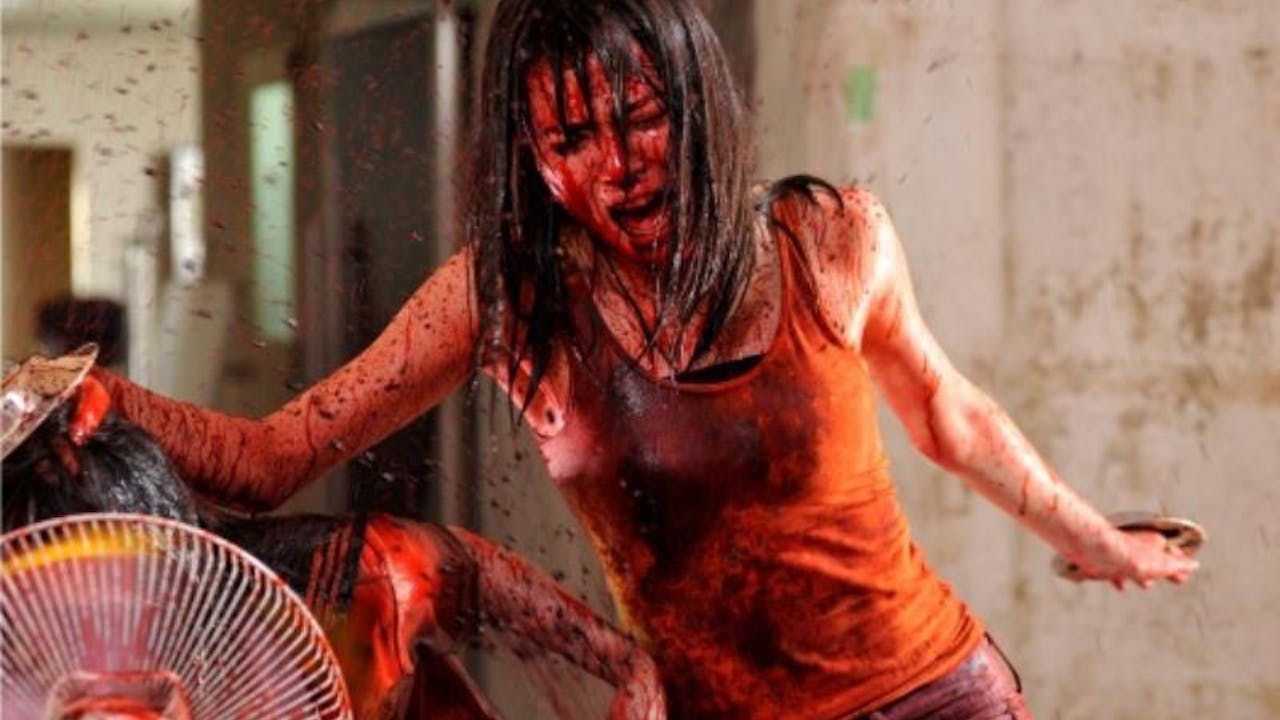 “THE DEFINITIVE GUIDE ON HOW TO KILL A ZOMBIE”

Could you survive a zombie apocalypse? Zomvideo will show you how.

Aiko and Hashimoto are employees of a film production company. At work they discover an old videotape made by their company entitled “A Guide to Surviving from Zombies”. It is an instructional video that will teach them how to kill zombies using office supplies. An army of zombies gets wind of this tape and led by a mysterious woman named Kaede, they surround the building. Kaede desperately wants the videotape, Aiko and Hashimoto just want to finish a days work without being eaten by zombies. The fierce battle begins.

Horror and comedy can be a delicate balance and ZOMVIDEO nails it perfectly, less over the top than the Sushi Typhoon releases that this team is famed for, this film oozes charm.