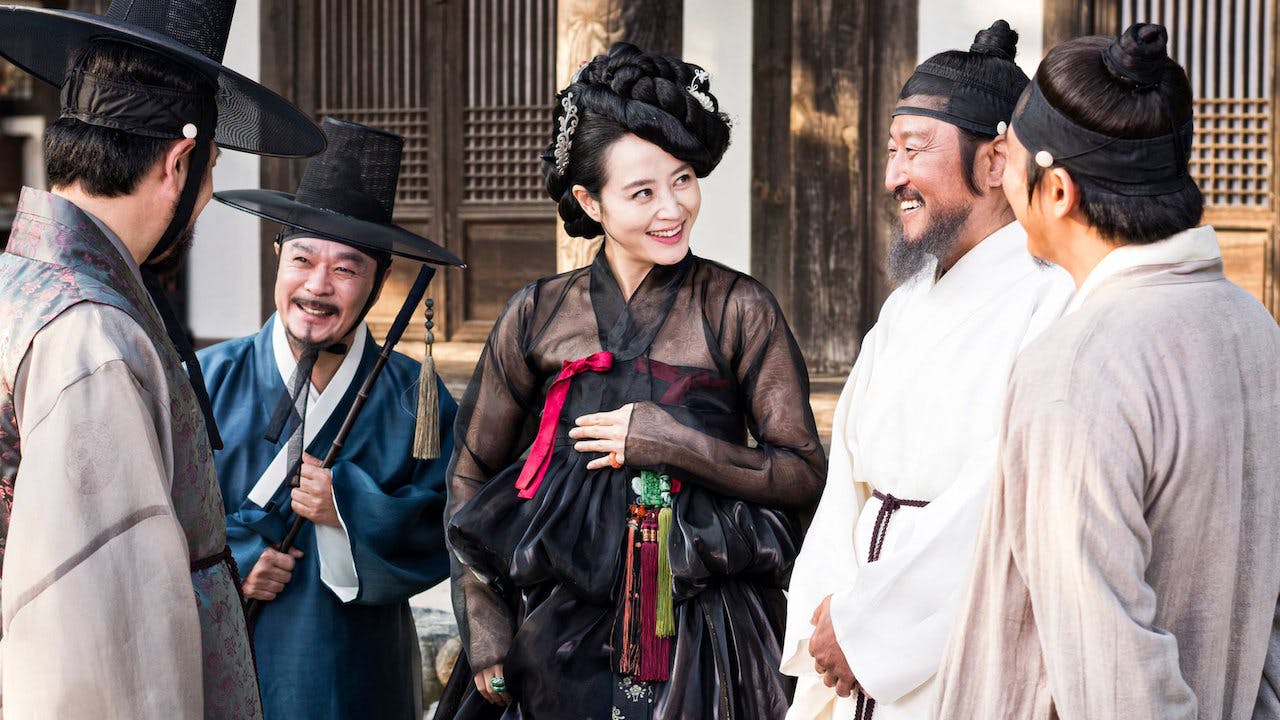 A Joseon dynasty saga with a powerhouse cast.

Set in 15th century Korea, the film follows gifted physiognomist Nae-kyung (SONG Kang-ho, THE HOST, SYMPATHY FOR MR.VENGEANCE, SNOWPIERCER), who seizes the opportunity to cast off his peasant existence and advance through the ranks of the warrior nobles in the capital.

But Nae-kyung, caught up in a dangerous game, soon gets trapped between its two deadliest players—Grand Prince Sooyang (LEE Jung-jae), known as “the Wolf”, simmering with menacing ambition, and Kim Jong-seo (BAEK Yoon-shik), “the Tiger”, charged with maintaining royal power.

Director HAN (THE SHOW MUST GO ON) exemplifies the current trend in Korean cinema of historical dramatisations with this film, bringing together assured performances, sumptuous visuals and costume design, and finding beauty in the violence of medieval court machinations.